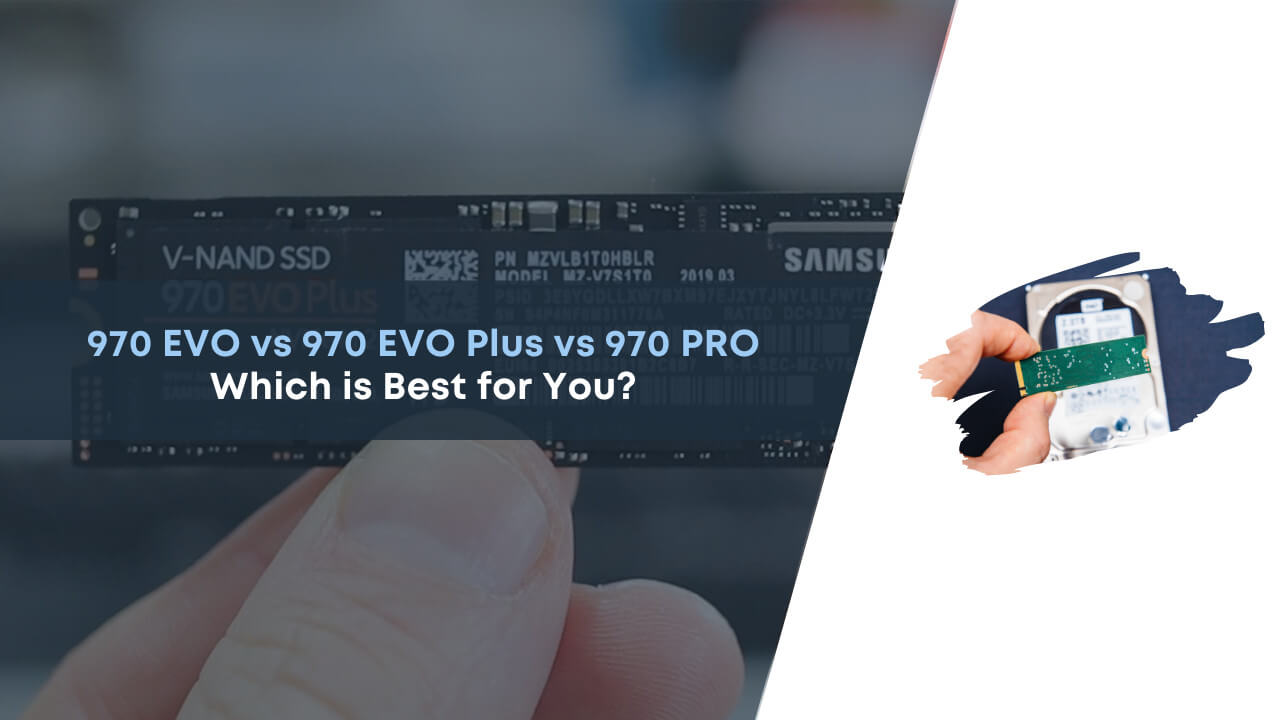 If you’re looking to buy an M.2 NVMe SSD for running applications or moving big files at the same time by keeping your PC decluttered away from all of it, then Samsung is one of the most trusted companies in the market. It offers high-end NVMe memory for your high-end gaming PC build.

But before we can go deep into it, first let’s learn about the NVMe…

So, A Non-volatile memory express (short for NVME) is a type of memory device which has a high read and write speed. We use NVMe based memory in our device to increase its performance to the next level.

But the real place where it is different is the existing SATA standards drawn from the motherboard’s PCIe interface. This feature makes the speed of the data transfer much faster.

And when we talk about Samsung, it has many options for SSDs, and when it comes to M.2s, it becomes difficult to choose because of the number of choices they offer. The company has put out many specifications regarding all the sequential reading and speeds is quite a lot, and comparing all the models can be a tricky business.

So in this context, we will be analyzing all the three SSDs with 1 TB storage by Samsung. Apart from the user’s benchmarks, we will also be covering the specifications of each unit, its price value, and a lot more. And for this, we’ve picked three models for our comparisons and these are as follows;

You can find the NVMe and the SATA SSDs both included in the M.2 form factor, but the NVMe SSDs are comparatively much faster than the SATA ones, which is why we can see the difference in their prices. And when we compare the NVMe SSD of Samsung with some other brands, Samsung has performed much faster and gave optimum performance.

If we talk about Samsung, the EVO line has performed much faster than other brand versions, with just the basic model providing NVMe M.2 interface measuring up to 3,500 MB/sec. Also, the EVO models provide much reliable and boosted performance than others. Along with it, Samsung has provided all three models with a cooling technology that even the WD doesn’t.

Not sure what’s common between all these three models? Here we have compared all three models putting them against each other and deciding which one will work out the best.

But before going further into what’s the difference, we will first check what’s common between all of them, and then we differentiate them based on other factors…

So these are the most important thing which is common in all these NVMe cards. Apart from this, you’ll find a huge list of features that are similar in all of them, like they all come with the Magician software incorporated with the device keeps you informed by tracking the speed and performance of the SSD.

So for this, I highly suggest checking the Samsung website for more features by clicking here.

Now, as we discussed the similarities between the 970 EVO, 970 EVO Plus, and 970 PRO. Now let’s discuss what’s difference between them. And for this, we have checked the detailed performance and other vital information of all these EVOs, and here’s the result;

The first Samsung EVOs which we’re going to compare in this guide are Samsung 970 EVO and the Samsung 970 EVO Plus for starters. As advertised by Samsung, the average read and write speed of these NVMe are 3,500MB/s and 3,400MB/s respectively.

But during our test, the actual numbers didn’t come that way. Users can note the following points which we’ve listed below to find the real marks of the Samsung 970 EVO and the 970 EVO Plus. So the comparison report within them is as follows;

Based on the results above, you’ll find very slight differences between these two NVMe memory cards in terms of reading and writing speed. The significant difference that can be noted is in the average sustained write speeds. The sequential speed in writing of the large files is present with a 60-second continuous interval. If you moderate use, there is no considerable difference between the Samsung 1 TB 970 EVO and the Samsung 1 TB 970 EVO plus.

Along with it, the 970 EVO comprises 64 layers of V-NAND, while the 970 EVO Plus contains 96 layers. If you are not an average or a small-time user, I must say that the 970 Plus has the upper hand because of its speed.

Based on the results above, you’ll find very slight differences between these two NVMe memory cards in terms of reading and writing speed.

As Samsung says, the SSD of the Pro version goes beyond as it ensures that you experience only the best. If you got intensive work to do on your PC or the workstation, then the Pro version will prove to be the best. It’s compatible with most of your laptops and PC systems and will surely give you the smoothest outcome.

So based on the results above, one can surely say that Samsung 970 EVO Plus is one of the best NVMe based SSD in the market that you can grab today. It’s an excellent product to upgrade, especially when you do heavy work regularly. With it, Computer operations such as boot-up and shutting down become much faster.

What is Best for You?

I know after this detailed report, people like us get confused about which NVMe based SSD is best for us. And you won’t believe me, things like this always happen to me. So if you’re confused with which SSD you should have to buy today, then I highly recommend you checking the Samsung 970 EVO Plus.

In the real scenario with the difference of just $10, this is one of the best units which provides you with the upgraded power boost up of the performance and comes under a price, no one can resist. It provides the writing speed much more than sustained when compared, so this one is what we recommend for above-average users or for gamers as well.

But if we talk about the other options, you can also grab the Samsung 970 EVO Pro, which gives you an unmatched fearless performance combining the V-NAND technology and the enhanced version of the Phoneix controller. This feature helps you provide you an ultimate speed up to 30 percent faster than the previous versions of the system. The phoenix controller of the Samsung 970 EVO Pro provides enthusiasts, gamers, and other field professionals.

TLDR; Comparing all three models, users have found the Samsung 970 Plus as one of the best versions and most suitable for their needs.

Here are a few FAQs which we’ve answered for you and hopefully, this will help you to identify your answer, which is still not clear in your mind.

How much Samsung 970 EVO can I see in the market?

Because of its popularity among users, Samsung has sold a huge number of units. But if you want to get the latest version, then visit Amazon and buy it right now for just $149.99 on Amazon.

Do you need any special tools to install the Samsung 970 EVO?

No, I don’t think so. Just simply put the SSD into your laptop and boot your device.

Which is the best model among Samsung’s M.2 SSD?

At this point in time, all of them are considered good for its performance and you can go with your choice. The users have found it as one of the best M.2 SSD in the market.

Is Samsung 970 Evo compatible with my PC?

Yes, it’s compatible with almost all of the systems, but if you have any specific system or laptop, check out your manual and do the necessary changes accordingly.

Can I benchmark my computer to observe its performance?

Yes, you can. Things like this do help to know about your computer’s condition and help to understand if you should upgrade your device or not.

So in this guide today, we have reviewed the top 3 most popular variants of the Samsung EVO series NVMe and these are 970 EVO, 970 EVO Plus, and the 970 EVO Pro. I have tried to present the comparisons and the real statistic measurements of each version of the Samsung EVO line.

All the three models which we have reviewed above have been founded to provide superior support to the system by easy processing and boosting transfer and work speed – but the NVMe SSD which we recommend from all three of them is Samsung 970 EVO Plus, which is a value for money and has unbeatable performance.

I hope you liked this article on choosing the best NVMe SSD card from 970 EVO vs. 970 EVO Plus vs. 970 Evo Pro. And if you do, please share it with your friends, family, and colleagues on various social media platforms.